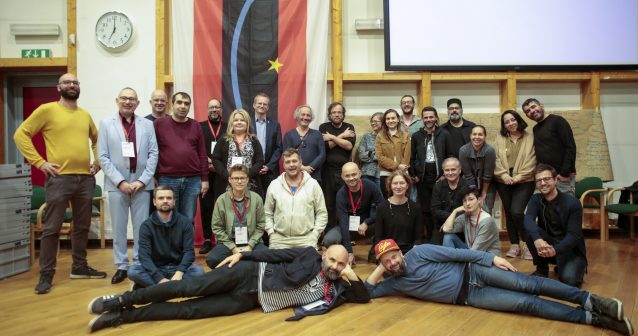 A year ago, three researchers, Michael Kurzwelly, Tanel Rander and Miha Kosovel, who are residents of various European cities divided in two by borders, founded the Transbordering Laboratory project.

Their main objectives were to research and map European cities that are divided by borders, to find partners, and to establish connections and a sustainable network.

It all came together nicely in the first conference of the cultural and civil spheres of the double cities, which took place in the cities of Frankfurt (Oder) – Słubice on the German-Polish border from 27 to 30 October. The conference was attended by 27 individuals from the following European Double Cities:

A website will be launched shortly and a discord channel “Transbordering Laboratory” has been set up. Next year there will be a meeting in Cieszyn and Cesky Tesin and the Nova Gorica/Gorizia section is already preparing for a meeting in our conurbation in 2025. If you are interested in participating or getting involved in the network, you are invited to the discord channel, or you can contact one of the above mentioned participants.

We congratulate them and wish them many more projects like this!